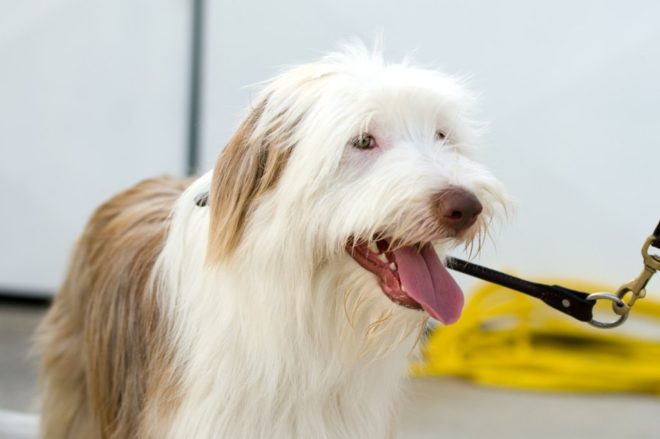 Farley was a skinny little 6 month old pup when he was rescued in 2010, but it became apparent right away that he was one special dog. He came with the name (after the cartoon character in the comic strip “For Better or Worse”) and it just fits with his exuberant, loving personality. Farley is a dog who never met a human or another dog he didn’t like, and is a great addition to our team.