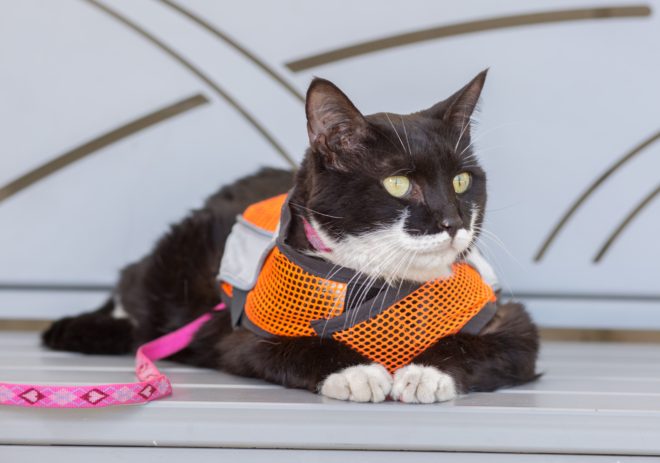 Meet Blizzard.  Yes, she’s a Therapy Cat, and the first to join Companions for Courage!   Blizzard was turned in by her owners at age 7, when they realized that they could no longer take care of her.  The Animal League took her in the fall of 2014 where she made a home in their Cat Cottage.  During one of the Humane Education classes with a group of Girl Scouts in April of 2015, it was apparent that she was a hit with the girls – not only because of her unique markings on her face, but because she was so friendly to everyone.  She lives with her family that includes 5 dogs, birds, and an outdoor cat that comes in during storms or cold weather.  She’s been working in local schools as part of Humane Education program shortly after she was adopted and is also a registered Therapy Cat with Pet Partners.