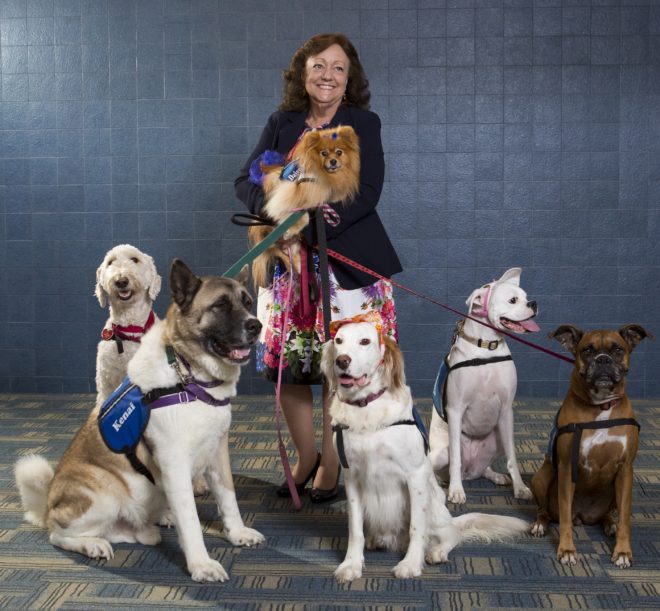 Laura Brimmer served the Ninth Judicial Circuit court for over three decades, and most of her career focused on developing and improving court processes – primarily in the Juvenile and Family Courts Division where she served as the Court Operations Manager for over twelve years.  Laura received various commendations from the Chief Judges of the Ninth Circuit for her dedication to help solve problems and her stellar customer service including the nickname of “Ms. Fix-it.” As a founding member of the 1997 Teen Court Advisory Board, she was instrumental in the development of Orange County Teen Court which continues to be one of the top Teen Courts in the Nation.  In 2008 Laura was appointed Staff Director for the Orange County Juvenile Commission.

In 2014, Laura developed and implemented the K9th Circuit Court Program, to aid children in the dependency courts as well as adult victims of violent crimes.  After being convinced that Companions for Courage met her own high standards as well as those required by the Courts, she convinced us to expand our services to the Ninth Circuit.  Laura now serves as voluntary court advisor to our organization and she delights in promoting the use of court therapy dog teams throughout the State of Florida and beyond.